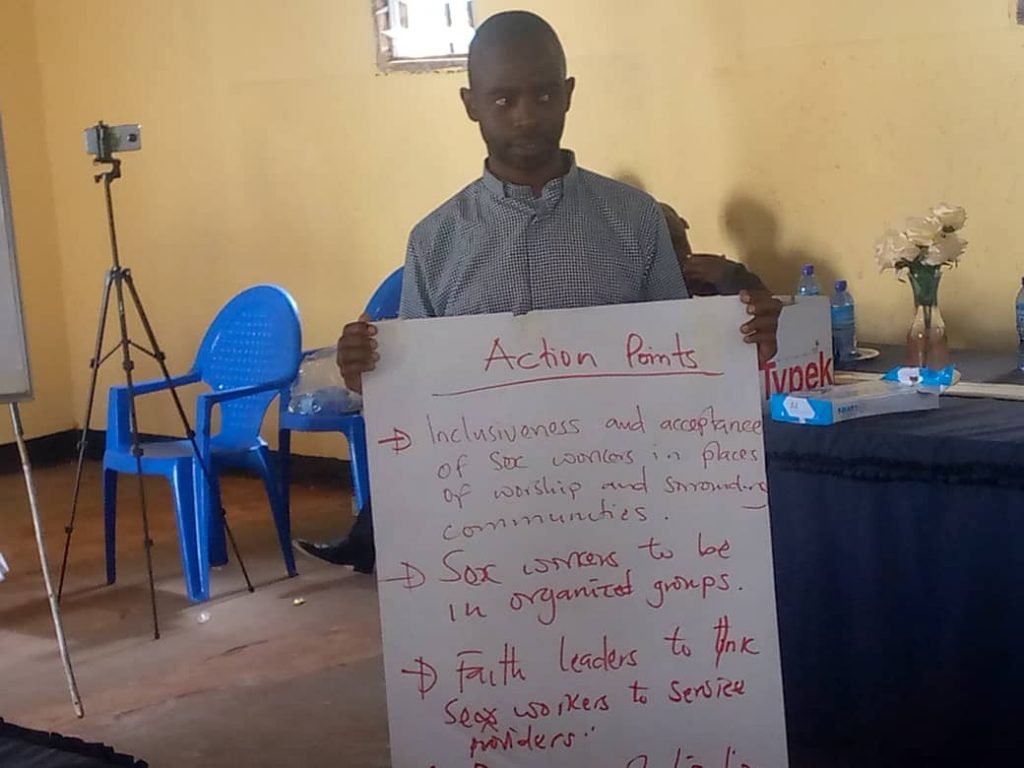 The Rev. Canon Will Madi envisioned the opportunity for evangelism with sex workers in the Diocese of Upper Shire, Malawi. His vision is rooted in the knowledge that sex workers are beloved children of God, despite the cultural stigma they carry and their own self-condemnation. He wanted clergy to hear the women’s stories, so that they would be able to offer the pastoral care they need and to share with them the good news of God’s redeeming love.

He used grant funding to convene a group of male and female pastors, and sex workers, for a time of storysharing and teaching. Because both the sex workers and the pastors had concerns about the event, the groups met separately for the first day. Each group had the opportunity to discuss their concerns. The pastors were offered the image that all people are made in the image of God, and are loved by God, as the basis for the program. They were also given training in pastoral counseling, and were challenged to transform their views of sex workers so that they might empower them for faithful life. Similarly, the sex workers were offered the image of their belovedness to God as the basis for the conference, and assured that they would not be forced to repent or be shamed into leaving sex work. Confidentiality was established as a norm for both groups.

On the second day of the conference, both groups met together. After an opening session that stressed the dignity of every human being, the groups worked separately to list stereotypes for the other group. The lists were shared and there was time for questions, stories and testimony. Canon Madi believes that the conference participants left with a clear sense that sex workers should not be discriminated against, that the church should be a place of refuge, and that pastors could influence their congregation’s attitudes toward sex workers and willingness to help them.

Canon Madi is thankful for the opportunity to more fully understand the societal factors that surround sex work, including the reasons why women engage in it. A group of pastors and sex workers from the training agreed to continue to meet and to share what they learned in the training. He believes that the attitudes of the pastors were transformed and that there is opportunity for societal transformation.

Madi, the Rev. Will