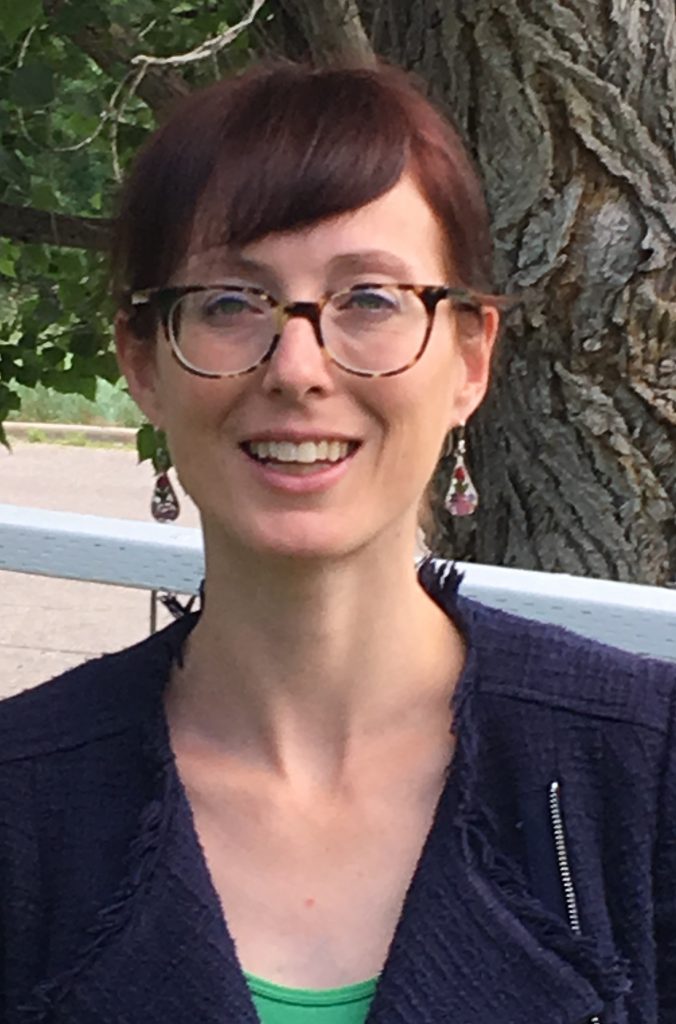 The Rev. Dr. Carolyn Rosen co-curated the exhibit “Zero Tolerance” with her spouse, Dr. Aaron Rosen, in Billings, Montana. Intended to foster a powerful and inspiring image of Christian social engagement on behalf of the disenfranchised outsider in American society, the Rosens used grant funds to commission the exhibit by the artist Michael Takeo Magruder. The artist re-created a detention center, juxtaposed with a large video screen, in the dark, chilly back room of a former grocery store.  As viewers experienced that stark reality of the detention center, the video combined footage from then-US Attorney General Jeff Session’s speech about the US immigration policy of ‘zero tolerance’ overlaid with footage of reporters being shown through a detention center, along with secret recordings made from the detention centers.

Several events were designed to use art to encourage conversation between people of opposing political viewpoints, to encourage discovery of commonality as children of God, and to inspire deeper engagement and action. The two area Episcopal churches hosted the artist during a summer planning visit, and sponsored the opening and closing events for the exhibit. The process affirmed for Rosen the both the contextual and the collaborative nature of evangelism, as she believes it was encouraging and energizing for parishioners and clergy. Other events engaged an ecumenical audience as well as active members of arts and social justice groups. Rosen was astonished to have conversations with viewers about issues of tolerance, hospitality, compassion, and what Christian love would look like if applied to US immigration policy and the current border crisis.

“Zero Tolerance” was exhibited in Billings from December 6, 2018 through January 6, 2019. It was scheduled to travel from there to Norway, and then to Detroit. The Billings community is inspired to follow the work and to remain engaged in the issues it raised for them; Rosen is encouraged to seek additional opportunities for evangelism through art.

Read more about the exhibit and see photos of the installation here.

Watch videos of the installation below: