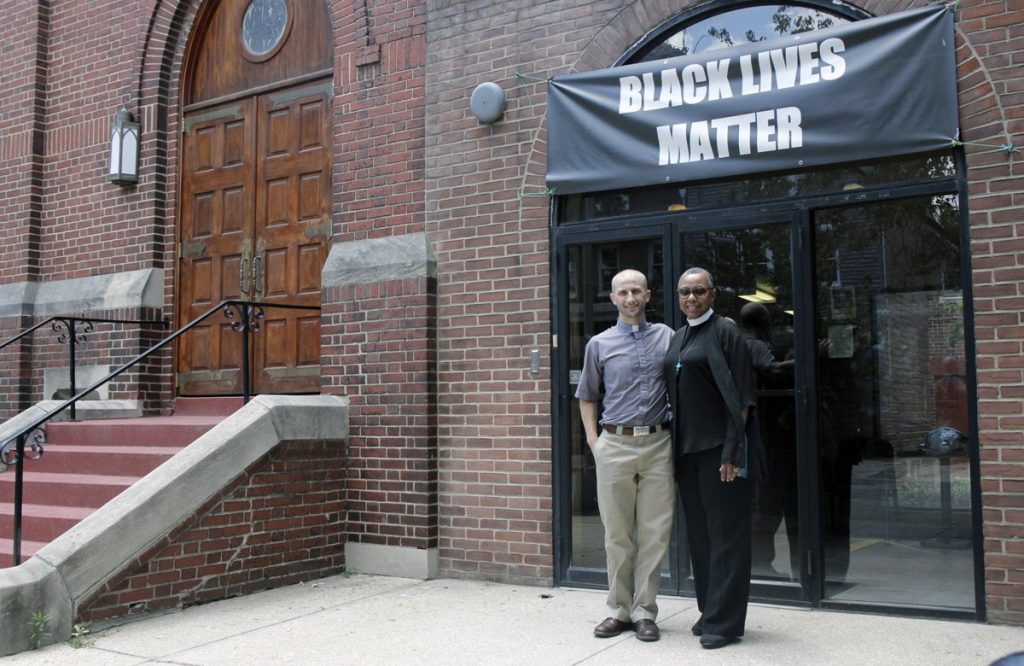 The Rev. Gayle Fisher-Stewart has been working to establish the Center for the Study of Faith in Justice at Calvary Episcopal in DC.  She has convened a number of events at Calvary, designed to support mutual understanding between church members and those seeking justice. She has developed a network of support within the Diocese of Washington and envisions a Church that is known for its interest in justice, especially in diffusing tensions between police and communities. She will also develop a training curriculum for wider distribution.

The Rev. Gayle Fisher-Stewart speaks at the march of Bishops Against Gun Violence at the 78th General Convention of the Episcopal Church, Salt Lake City, June 28, 2015

In the midst of the unrest in Baltimore, Rev. Fisher-Stewart penned a piece for the Diocese about the need for police officers and the community to come together.

As I look at what is occurring in Baltimore in the aftermath of the death of Freddie Gray while in the custody of the Baltimore City Police, it’s time to call police officers and members of the community together to discuss both cultures. Where are the police learning how they view minorities, and how are members of the minority community learning their attitudes about the police? It’s also interesting that those being killed and those doing the shooting are the same generation. It’s not “senior” police officers killing young, black males. How can we explain that? We need to start the conversation now because, unfortunately, there will be a next time. The church has always been on the forefront of social justice and this cries out for the reconciling hand of the church.

Read the entire entry at the Episcopal Diocese of Washington website by clicking here.