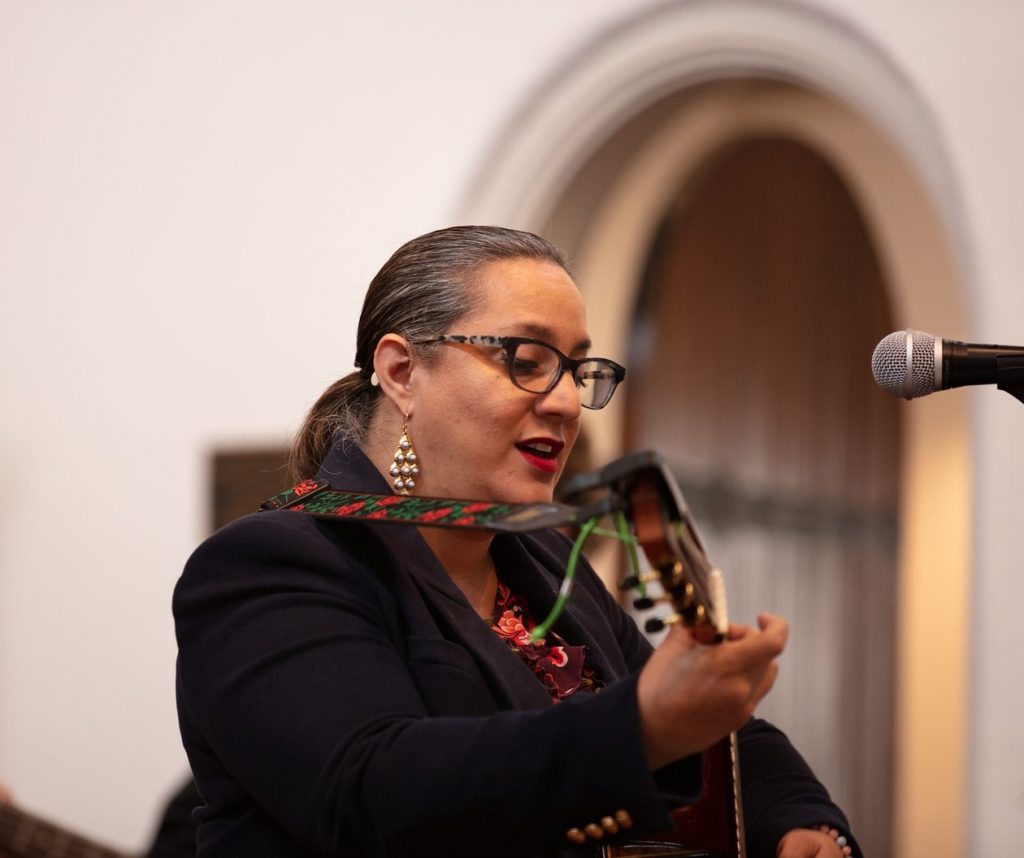 As a first generation immigrant to the United States, the Rev. Yuri Rodriguez has experienced finding her way in an alien land, sustained by her faith. She believes that the stories of Latinas – their gifts, their struggles, their liberation – are stories of Jesus incarnate in the lives of the most vulnerable. As an experienced and gifted musician, she dreamed of offering these stories through the traditional genre of Cancíon Latinoamericana (Latin American Song). She used EES grant funding to bring the Worship With Bravery Ensemble, with whom she had worked before, to Sewanee and to Nashville for concerts in October, 2022.

The concerts, called Caminemos con María, featured songs about women named María and their triumph over suffering. She wove a story line through the concerts, in which she shared the stories of the Marías in her own life (her mother and grandmother) and reflected on the power of naming, both in the life-giving context of Baptism and in the dehumanizing context of colonization. She also partnered with the School of Theology, and with All Saints Chapel, to sponsor the concerts and was invited to work with their choirs to offer bilingual celebrations of the Eucharist. From the celebration of culture and bilingual music that resulted from these collaborations, Rodriguez came to understand that celebration interrupts prejudice, and that sharing music from the Latinx context with non-Latinx, and non-Spanish speaking, congregations is a way to make Christ known across cultural barriers.

Follow Caminemos con Maria, including opportunities to bring the concert to your community, here. View the video of the concert here: