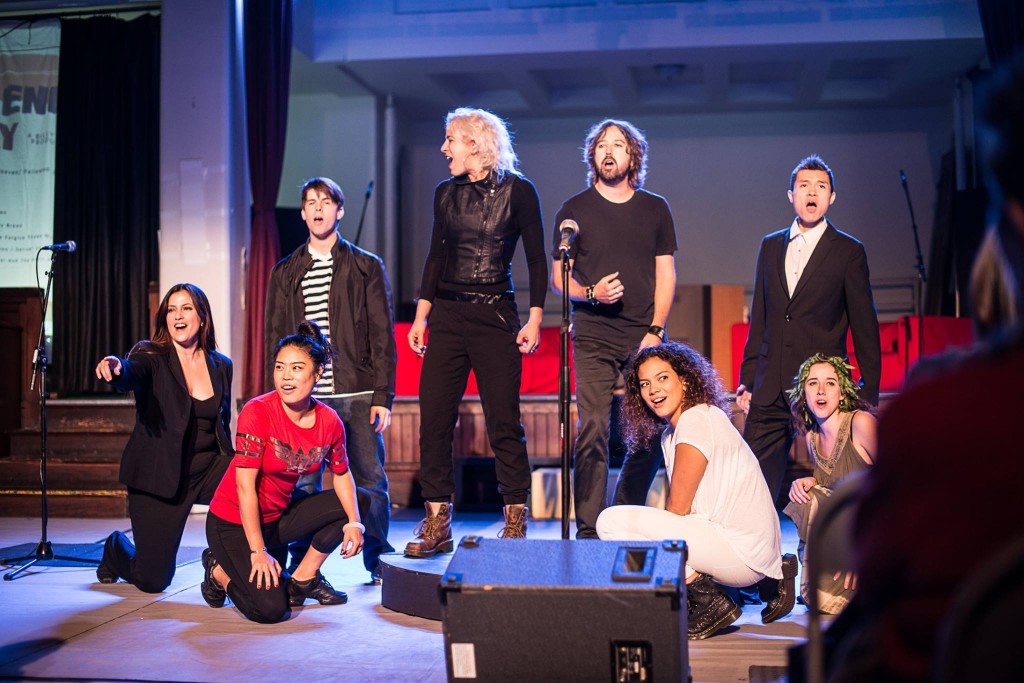 Billy Webster wrote and produced a rock opera, Bold Enough to Say. The performance piece is based on twelve songs he wrote in response to meditating on the Lord’s Prayer.

It premiered in Brooklyn at the church of St. Luke and St. Matthew in October, 2014. The second performance was at Garden City Community Church in April, 2015. Work is underway on videos and a cast album.

Check out clips from performances of Bold Enough to Say: